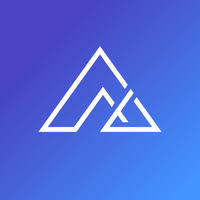 Anaxi today announced support for the 10 million users of the Bitbucket version control repository for source code and development projects. Now, from a single interface, the Anaxi app can be used by product development teams to manage their software projects in GitHub and GitHub Enterprise, Bitbucket, as well as Jira Cloud and Server.
Anaxi’s app brings projects together in one place, making it easier for users to get insights that keep projects on track and maximize team productivity. By providing a holistic view, it’s possible to see both a high level of projects’ and peoples’ status while also drilling down to see details. Users can also personalize views according to their needs for specific projects, making tracking progress much easier, efficient and accurate.
Data accessed by users of the Anaxi app remains secure with credentials required for GitHub, Jira and Bitbucket. To maintain data privacy and security, the Anaxi app connects directly to the users’ GitHub or Bitbucket repositories and/or Jira projects. Any action performed on the Anaxi app is written back on GitHub, Bitbucket and Jira, so other team members will not see any difference and individual users can use the Anaxi app with no impact on other team members.
“With 1 million enterprise teams worldwide who rely on Bitbucket, it’s not a surprise there were many requests from our early users for support,” said Marc Verstaen, co-founder and CEO of Anaxi. “Often we heard it was the one missing link to greater adoption, especially among the loyal Jira and Atlassian users.”
Available as a web app, desktop (Windows or Mac), and iPhone, data is always synchronized so users can switch how they access GitHub, Bitbucket and Jira from the Anaxi app or by directly accessing GitHub, Bitbucket or Jira. Anaxi’s app is the only one available for both desktops and the iPhone with support for the four million users of Jira Server. Anaxi’s app can be found on the Atlassian Marketplace here, along plus the free versions of its applications available for MacOS, Windows and the iPhone.
Anaxi is the maker of project management software that helps engineering organizations increase collaboration among different teams. For more information and to see examples, go to
About Anaxi
Co-founded by Marc Verstaen (previously executive vice president of product development at Docker) and John Lafleur (previously CEO at CodinGame) in December 2017, Anaxi is the system of record for software engineering organizations that need to facilitate decision processes. Anaxi opens a new data-driven era for engineering organizations, empowering them to better allocate their development time and resources.
0 0 votes
Article Rating
Subscribe
Login