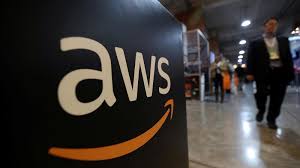 Amazon Web Services, Inc. (AWS) announced the opening of the AWS Middle East (Bahrain) Region. Starting today, developers, startups, and enterprises, as well as government, education, and non-profit organizations can run their applications and serve end-users from data centers located in the Middle East, as well as leverage advanced technologies from the world’s leading cloud, to drive innovation. Customers can get started today at: aws.amazon.com/local/middle_east/bahrain

“The cloud has the chance to unlock digital transformation in the Middle East,” said Andy Jassy, CEO, Amazon Web Services. “Today, we are launching advanced and secure technology infrastructure that matches the scale of our other AWS Regions around the world and are already seeing strong demand in the Middle East for AWS technologies like artificial intelligence and machine learning, data analytics, IoT, and much more. We are excited to see how our cloud technology will provide new ways for governments to better engage with citizens, for enterprises to innovate for their next phase of growth, and for entrepreneurs to build businesses and compete on a global scale.”

The new AWS Middle East (Bahrain) Region offers three Availability Zones at launch. AWS Regions are composed of Availability Zones, which each comprise at least one data center and are located in separate and distinct geographic locations with enough distance to significantly reduce the risk of a single event impacting business continuity, yet near enough to provide low latency for high availability applications. Each Availability Zone has independent power, cooling, and physical security and is connected via redundant, ultra-low-latency networks. AWS customers focused on high availability can design their applications to run in multiple Availability Zones to achieve even greater fault-tolerance. AWS infrastructure Regions meet the highest levels of security, compliance, and data protection.

Public sector organizations, including Government of Bahrain’s Ministries, such as the Ministry of Education, Ministry of Finance, Ministry of Information Affairs, Ministry of Labor and Social Development, and Bahrain iGA, as well as other public sector organizations such as Bahrain Polytechnic, Communications and Information Technology Regulatory Authority of Kuwait (CITRA), Mumtalakat, Paris Sorbonne AD, Tamkeen, University of Bahrain, and many more are also using AWS to drive cost savings, accelerate innovation, and better serve the citizens of the region.

Government organizations are also working with AWS to lower costs and better serve citizens in the region. The Bahrain Information & eGovernment Authority (iGA) is responsible for ICT procurement for the Bahrain government and is leading the government’s migration project to support the country’s Cloud First policy. iGA’s Chief Executive Mohammed Ali AlQaed said, “Bahrain is committed to becoming a country in the cloud and we will be able to accelerate our journey with the launch of the AWS Region in Bahrain. By December of this year, we will have 30 percent of all 72 government entities migrated to AWS and by June 2020, we expect to have most government data centers shut down, while the rest are minimized allowing us to focus resources on projects that benefit our citizens and dramatically improve the overall availability and durability of government applications and data.” An example of a government entity that turned to the agility and speed of AWS is Bahrain’s National Bureau of Revenue (NBR), who needed to quickly and efficiently launch the country’s Value Added Tax (VAT) system.

Rana Faqihi, Assistant Undersecretary for Development and Revenue Policies at Bahrain Ministry of Finance, said, “The National Bureau of Revenue needed a solution that would enable a seamless VAT rollout, without delays and with the highest levels of security. By launching SAP S/4 Hana on AWS, the NBR was able to go to market in just under two months while lowering costs by 40 percent. Eliminating the need to manage IT infrastructure allowed us to focus on successfully reaching an important milestone in Bahrain’s economic development. The launch of the new AWS Region in Bahrain is allowing public and private sector organizations to realize the full potential of the cloud.”

Investing in the future of the Middle East

The new AWS Middle East (Bahrain) Region adds to the infrastructure investments AWS has been making across the Middle East, to provide customers with advanced and secure cloud technologies. Today, AWS is also launching a new AWS Direct Connect location in Bahrain, which is the first to be operated by AWS, joining the two AWS Direct Connect locations and two Amazon CloudFront Edge locations in the UAE that launched in 2018. AWS Direct Connect makes it easy for customers to establish a dedicated private network connection between AWS and their data center, office, or colocation environment. Amazon CloudFront gives customers an improved experience for their end users, including faster content delivery and added cybersecurity protection.

For students and educators, the AWS Educate and AWS Academy programs are providing free resources to accelerate cloud-related learning and preparing today’s students in the Middle East for the jobs of the future.

Growing Entrepreneurship in the Middle East

To help grow the next generation of businesses in the Middle East, AWS is supporting startups across the region through the AWS Activate Program. Working with accelerators, angel investors, incubators, government organizations, and Venture Capital firms, AWS Activate provides resources to help startups launch their businesses on AWS and go global in minutes. Across the Middle East, AWS has been working with organizations such as 500 startups, Area 2071 in Abu Dhabi, BADIR in Saudi Arabia, BECO Capital, EDB in Bahrain, Flat6Labs, Hive, MEVP, Oasis500, Seed Stars, Startupbootcamp, Techstars, and many more, providing startups with AWS credits, in-person technical support, AWS trainings, and go-to-market help.