7 Reasons Why Containers are a Natural Fit for DevOps Teams 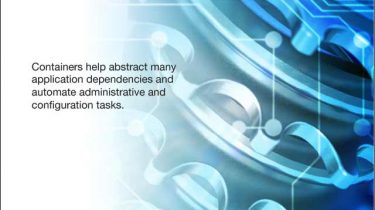 One of the key benefits of containers is their ability to isolate application code and even whole infrastructure stacks at will. Using containers, ops teams can set up namespaces to keep test and production environments separate, even if they share the same kernel. Containers also ensure that only designated users have access to their contents, providing ops teams with complete control of their architecture.

As 2017 takes shape, containers’ popularity continues to rise in enterprise environments across a variety of industries as a way to automate the deployment of applications. Although the cloud-native world is embracing container technologies such as Docker, Google Kubernetes, VMware and others rapidly, only about 10 percent of enterprises are using them in production, according to industry researchers. It’s reminiscent of the slow-at-first adoption of cloud services nearly a decade ago. Nonetheless, curiosity about containers is increasing and it’s apparent we’re still in the early stages of development and deployment. Containers have been linked closely with DevOps environments, because their deployment and automation capabilities fit hand in glove with rapid application development and agile IT. This eWEEK slide show, featuring industry information provided by on-demand virtual infrastructure provider Cypherpath, looks at some of the specific reasons why container deployments of microservices in enterprise systems works so naturally with the operations side of IT.