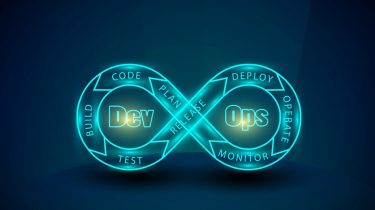 evOps has been known as a movement, toolset, and method. Some argue that it is a job title counterproductive to its aims. So, let us talk about what DevOps is and understand a few things before you begin to start a career in it.

DevOps is a paradigm shift

DevOps is a paradigm shift that encourages great communication and collaboration to foster building better-quality software rapidly with more reliability.

It is an automation process that permits quick, safe and high-quality software development and releases while keeping all the stakeholders in the loop.

DevOps attempts to fuse development and operations (DevOps, get it?) into a single group. The idea behind this collaboration is that both the teams will share the pain, responsibility, and rewards of creating, deploying, and generating revenue as a single group.

DevOps is all about automation

Developing the ability to automate an organization’s infrastructure can be a bit intimidating. Fortunately, there are a number of automation tools available in the market that can help in testing, monitoring, and deployment processes efficiently. For instance, Monitis tool can give your organization a jump start on your DevOps strategy by providing continual performance, testing, and monitoring updates for your infrastructure. It also provides customers with a clear and intuitive dashboard that lets them see whatever they want in their IT world at a glance.

Communication and collaboration are key

Effective communication and collaboration are focal in the DevOps culture. In an industry where teams usually tend to distrust one another, any improvement in the way people interact is bound to have some positive results.

In fact, team play is so important to DevOps that its methodology’s goals or improvement can be summed up with two C’s: Collaboration and Communication. Although it takes more than that to incorporate DevOps in a workplace, any company that has committed to these two concepts is well on its way.

Maintaining accurate plans for disaster recovery is a constant challenge an IT environment faces on a daily basis. Companies struggle to maintain their recovery plans since an IT failure in any form, is detrimental to its growth. Breaking down of a system is a major inconvenience to the customers.

According to the Puppet survey, failure rates have been reduced due to DevOps, while recovery speeds are increased 24 times. This is possible because DevOps supports the small changes, which can be identified easily and can be rectified in no time.

The investment is incremental

DevOps fosters continuous improvement in small but steady increments. It requires a commitment to change organizational behavior through investment in processes, tools, and training over time. However, the returns are significant, justifying the costs and disruption-

DevOps is an epic transformation in the world of IT that is now creating a host of new opportunities for businesses to become more agile and efficient in delivering their products. Adopting the DevOps culture can save your organization significant amounts of time and money while boosting efficiency at all levels. The DevOps train is leaving the station, but it’s not too late to get onboard. Get started with DevOps today to see the differences it can produce in the level and quality of your business.