13 Tech Experts Predict The Next Big Trend In Software Development 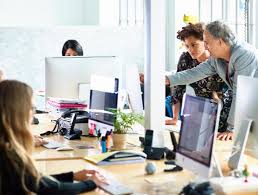 In recent years, many technologies have moved out of the realm of science fiction and become realities of the modern world. Advancements in software development are largely to thank for these technological evolutions, from cloud computing to artificial intelligence.

As experts in their field, the members of Forbes Technology Council are always looking ahead to understand the “next big thing” in tech. We asked a panel of them to share their predictions for upcoming trends in software development. Here’s what they had to say.

I think there has been a lot of focus on software development across industries, but it would seem that the next step would be consolidation. Since there are so many players in the market, it would make sense for the respective leaders to stay ahead through M&A. Looking at a specific area that most likely will see a lot of movement is efficiency at work. That would include everything from email to project management software so that we can work more efficiently together. — Toni Horn, FJORD & MBJ LONDON

The growth of AI-powered business processes will grow exponentially in the next few years. There is a large opportunity for companies to retool routine business and technical processes using AI technology. This can lead to greater efficiency and accuracy, thereby improving the bottom line. – Linda Apsley, capitalone.comForbes Technology Council is an invitation-only community for world-class CIOs, CTOs and technology executives. Do I qualify?

The best software development incorporates agile methods and robust user feedback. As interactive tech and platforms come to the forefront and human-centered design is fully embraced, testing and development in a social context will grow (i.e. virtual reality/augmented reality, marketplaces and machine learning platforms). There are rich insights to be gathered from multi-user interactions and testing. – Marlyne Pierce, Modern Mogul Ventures

4. The Integration Of DevSecOps

Within software development, shifting security left and integrating DevSecOps with automation is the next big trend. Software developers can’t afford to overlook security. Nor should they wait until the later stages of the software development life cycle to “tack on” security. Automation in threat modeling, for example, enables companies to detect, prioritize and mitigate attack vector threats in the design phase. – Archie Agarwal, ThreatModeler Software, Inc.

While cloud-based infrastructure-as-a-service and platform-as-a-service technologies have helped many companies accelerate delivery, the majority still require teams to work within a nonredundant service isolated to a single geolocation. The next big evolution will see a shift to FaaS (functions-as-a-service) hosted at the very edge of our cloud and CDN networks. Low-latency, geographically redundant functions will be the new norm. – Frank Orozco, Slickdeals, LLC

Continuous integration is changing software development. Teams are made more efficient by automating the process of integrating and testing changes as they are developed. Combined with continuous delivery, changes can be deployed quickly, allowing enterprises to gather data and react to in-the-moment feedback. – Amy Czuchlewski, Bottle Rocket

According to McKinsey, digital transformation success is two times more likely when employees are empowered by self-serve technology. Here’s where low-code/no-code tools shine, as they allow for building custom business processes and apps with minimum IT resources in a blink of an eye. They empower less tech-savvy employees to build and deliver solutions they need for efficient work. – Katherine Kostereva, Bpm’online

Beta testing no longer fits with the rapid iteration and complexity of modern software development. Look for delta testing to overtake it by having a continuously active group of customers validating the changes in their ecosystems prior to full-blown deployment. – Luke Freiler, Centercode

Code quality is a key component when building any type of software. If you don’t write code that’s readable, maintainable and scalable, you can’t build modern software. That’s why most experienced engineers pay a lot of attention to this when hiring. Historically, the only way to evaluate this has been a manual review; however, with advances in AI and machine learning, it will be automated very soon. – Tigran Sloyan, CodeSignal

Each programming language has its pros and cons. A common trend that is happening, especially in the mobile world, is that programming languages are coming together, borrowing from each other’s strengths. The next big trend will be the ability to cross-reference your languages and skillsets without missing a heartbeat. Developers will no longer be pigeonholed to “Swift,” “PHP” or “Java.” – Waije Coler, InfoTracer

The biggest trend won’t be in the backend of development but in how we measure the success of our software. It’s easy to talk about the bells and whistles of your application. It’s harder to get people to tell you how much they love using it. Companies that are able to have seamless launches, pristine customer service and look at the relationship with their customer as No. 1 will rise to the top. – Ben Lee, Rootstrap

Modern technology has enabled developers to move more quickly than before, accelerating the software development lifecycle. Access to a global workforce coupled with intel from the crowdsourcing community will be the fuel that launches developers from an initial idea all the way to beta and production in a more seamless fashion. – Alyssa Simpson Rochwerger, Figure Eight

I think we’ll start to see less static websites and more motion UI. Motion UI makes websites more expressive and even easier to use. For instance, when a user clicks on a button, a new piece of information displayed in a moving effect appears on the screen. Motion UI has the ability to connect and engage with users in a way that words or static images on a screen cannot. – Thomas Griffin, OptinMonster