10 Best Jenkins Alternatives For Developers In 2019 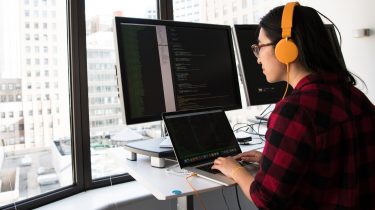 Source:- analyticsindiamag.com
For a developer, Jenkins serves as an important tool in the DevOps lifecycle. This continuous integration software tool is used to build and test your software projects continuously making it easier for developers to integrate changes to the project. In this article, we list 10 Jenkins-like tools for the developers to try their hands in 2019.
1| Atlassian Bamboo
Atlassian Bamboo is a server for continuous integration, deployment, and delivery. This server offers first-class support for the “delivery” aspect of continuous delivery. Bamboo boasts the best integration with Jira Software, Bitbucket, and Fisheye. The deployment projects automate the tedium right out of releasing into each environment while letting you control the flow with per-environment permissions. You can also boost your CI pipeline by choosing from more than a hundred fifty apps.
2| Bitrise
Bitrise is a platform-as-a-service for Continuous Integration and Continuous Delivery for mobile applications. Bitrise scans and configures the project for any mobile platform after the repository is connected. Some of the features are mentioned below

Automatic code signing by just setting the export method.
It integrates with all the major third-party beta testing and deployment services
Bitrise automatically configures caching right at project setup for all the dependencies.
Every build runs on its own virtual machine and all the data is discarded at the end of the build.
Bitrise fully integrates with Firebase Test Lab which shows the tests reports with videos and screenshots on the build’s page.
3| Cruise Control
CruiseControl is both a continuous integration tool and an extensible framework for creating a custom continuous build process. CruiseControl is written in Java but is used on a wide variety of projects. It includes dozens of plugins for a variety of source controls, build technologies, and notifications schemes including email and instant messaging.

4| CircleCI
CirclecI is a flexible tool which runs on almost every environment. CircleCI automatically runs your build in a clean container or virtual machine, allowing you to test every commit. It integrates with GitHub, GitHub Enterprise, and Bitbucket. Every time you commit code, CircleCI creates a build.

5| GitLab CI/CD
GitLab is an application for the entire software development lifecycle right from project planning and source code management to CI/CD, monitoring, and security. GitLab enables teams to collaborate and work from a single conversation, instead of managing multiple threads across disparate tools. With Auto DevOps, GitLab automatically configures CI/CD pipelines to build, test, verify, and deploy applications to Kubernetes.
6| Shippable
Shippable’s DevOps Automation platform gives an easy way to set up Continuous Integration (CI) for projects and automate unit testing, packaging, and deployment for any change in the source control repository. It helps to easily create event-driven, streamlined workflows across the tools and functional silos to help ship code faster.

8| Travis CI
Travis CI is a hosted continuous integration and deployment service. It’s built for everyone and for projects and teams of all sizes, supporting over 20 different languages out of the box, including Javascript and Node.js, Ruby, PHP, Python, Mac/iOS, as well as Docker, while giving you full control over the build environment to customize it to your own needs.
9| TeamCity
TeamCity is a powerful enterprise-level continuous integration and continuous deployment tool from JetBrains. It has a powerful CI where you can build, check and run automated tests on the server even before committing your changes, hence keeping your code base clean at all times.TeamCity also takes advantage of cloud computing by dynamically scaling out its build agents farm on Amazon EC2, Microsoft Azure, and VMware vSphere.

10| UrbanCode
UrbanCode Deploy is an application release automation solution by IBM which combines robust visibility, traceability, and auditing capabilities. It is designed to facilitate rapid feedback and continuous delivery in agile development while providing the audit trails, versioning, and approvals needed in production. It allows you to deploy applications to distributed data centres, cloud, and virtualized environments. The UrbanCode Deploy server can be run on premises, on an IBM Cloud with expert services, or on IBM Cloud Private or your own Kubernetes-based platform. Hence, it can enable continuous delivery for any combination of on-premises, cloud and mainframe applications by eliminating manual, error-prone processes.