Bell will use AWS Wavelength to power its 5G edge

Source:-https://www.fiercetelecom.com/ Bell Canada will incorporate Amazon Web Services’ (AWS) Wavelength into its 5G network edge, making it the first Canadian operator to use Wavelength, which is Amazon’s cloud platform that’s designed specifically for edge computing. The Canadian service provider also said AWS is its preferred public cloud provider. Bell’s alliance with AWS is similar to Verizon’s AWS partnership. Verizon made AWS its preferred cloud provider for business applications and then a year later announced it was using AWS Wavelength for

END_OF_DOCUMENT_TOKEN_TO_BE_REPLACED 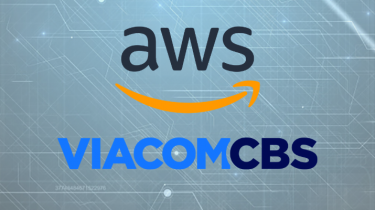 Source:-https://www.sportsvideo.org In one of the most significant commitments to the cloud by a major media company to date, ViacomCBS announced an agreement that makes Amazon Web Services the preferred cloud provider for its global broadcast media operations. As part of the strategic agreement, ViacomCBS will migrate operations for its entire broadcast footprint, which spans 425 linear television channels and 40 global data and media centers, to the AWS cloud – one of the first such large-scale transformations in the media