It’s time to ditch the phrase no-ops. DevOps gives IT the opportunity to expand their current skill sets in new roles and become better leaders by managing cross-functional teams. No, all we see are new-ops.

When you think about it, DevOps is really IT’s Cinderella story. Often an afterthought and left to do the less glamorous work, IT was one day approached by a fairy tech mother called DevOps, who waved her wand to reveal what IT was really made of. You see, it’s not that Cinderella wasn’t great before, she was just hidden from sight. And the same goes for IT.

DevOps has brought IT out of the drab background of technology departments and proven that IT is relevant in the era of software. Now, companies and IT teams that are ready to show their worth are deciding when and how to implement the strategy.

However, there’s one major difference between the DevOps story and the Cinderella story. Cinderella had a fairy godmother that helped her transform. Unfortunately, in the real world, the fairy tech mother isn’t actually a person waving a wand/laser/erasable maker/or what have you. It’s the IT and development teams putting in the time and effort to change their cultures, and it’s nowhere near as easy as a flick of the wrist.

“We [as IT] know how to buy tools; we don’t really know how to transform culture,” says Jayne Groll, CEO of the DevOps Institute and DevOps track chair for IT industry event, Interop ITX

But Groll says roles are emerging that she believes are built to help address the cultural issues of DevOps, such as DevOps coaches, agile coaches, and automation coaches.

New engineering roles are also emerging as a result of DevOps adoption, says Groll, such as automation architects, release engineers, and continuous delivery architect. One new role born out of the DevOps explosion that Groll is excited about is site reliability engineer (SRE). 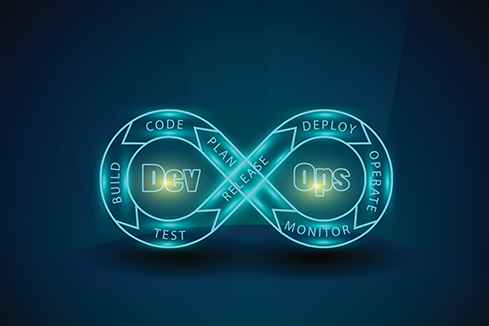 Groll says she’s already seeing companies looking to hire for the role: “I went to the SRE conference last year and there were 650 people that just identified as site reliability engineers from a variety of levels. Of the booths that were there, almost every one of them was manned by their talent acquisition team. They were all hunting for SRE talent,” says Groll.

“DevOps kind of stops at deployment…I think SRE is going to help address that bridge between deployment and production,” says Groll.

Another important aspect of working through phase two of DevOps and building a culture that is receptive to change is empowering IT managers to develop new skills to navigate this evolved way of working.

Part of the issue, says Groll, is that we’re asking a lot of IT managers: Build and manage cross-functional teams, think a different way, share accountabilities. But IT managers have been in an environment where you solve problems with technology, and you can’t automate human issues.

“I think IT managers are caring and empathic, but I don’t know that they know how to transform culture,” says Groll. That is, just yet.

Groll says the idea of the “frozen middle” is wrong. IT managers have the opportunity to acquire skills that not only make them relevant, but important to the DevOps process. “It’s grooming and teaching them how to be transformational leaders,” says Groll, “and [helping them] understand how to manage a cross-functional squad.”

And it’s time to do away with the term “no-ops”. “If I’m in operations person … I hear no job, no future, no respect.” In its place, Groll suggests the term “new-ops.” There are a lot of exciting topics and opportunities that touch DevOps, says Groll, such as the new SRE jobs, cloud, data analytics and artificial intelligence, skilling, security and a lot of new technologies.

For those attending the DevOps track at Interop ITX this spring, Groll says she hopes that attendees will walk away with a new way of thinking about their job. “Let’s transform no-ops to new-ops and give the attendees a chance to [ask themselves] what does their definition of new-ops mean.”